← back to
8D Industries
Get fresh music recommendations delivered to your inbox every Friday. 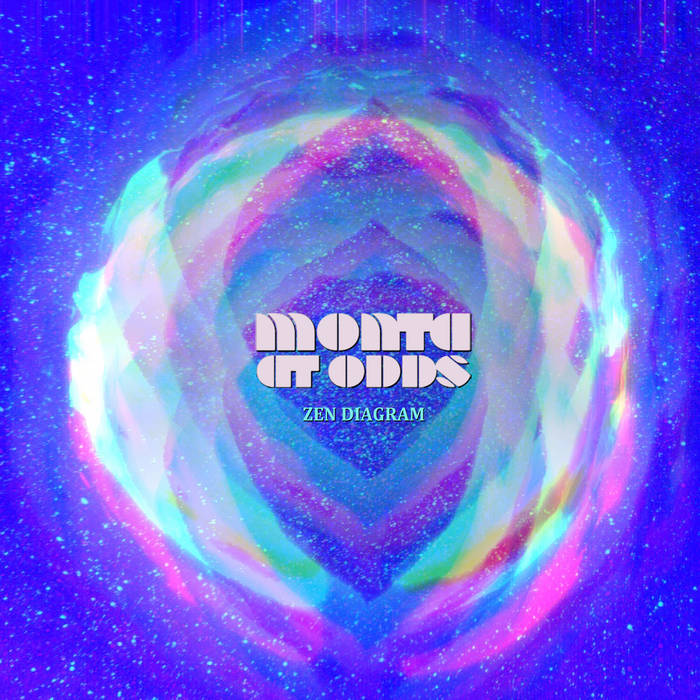 Conceptual Kansas City art-rock combo Monta At Odds continue their experimentation in sound with an expanded line-up and a new EP, Zen Diagram. Led by Dedric Moore and fueled from 2020’s angst and uncertainty, the band adopts a darker, grittier direction that coincides with a post-punk indulgence. The result is an evocative four-song tableau, showcasing the veteran project’s drive to explore sonic territory as they lay down some mesmerizing jams.

The title track opens the EP as a voyage into soundtrack dreams and sonic imagery. It’s a fully-packed production, featuring twin vocals from Mikal Shapiro and Teri Quinn, Krystof Nemeth of Emmaline Twist on epic baritone guitar, Lucas Behrens on Moog, and Delaney Moore on slide guitar. The song builds and builds over 10 minutes, introducing a bevy of interplaying elements and melodies. There’s a complexity that grooves.

Monta At Odds embraces the grayer shades of these sessions with a faithful but otherworldly cover of “Movement of Fear,” the classic cut from Tones On Tail. Mikal leans into the vocals with gentle whispers as Lucas plucks the atmosphere. Meanwhile, Matthew Heinrich merges live drums with the programmed ones until he is one with the machines. The result is multi-textured and dubbed-out, exposing the bloodline of Monta’s aesthetic.

“Two Lanes Two Paths” is frenetically powered by the jazzy drum drive of Alexander Thomas. Dedric’s relentless bassline, Delaney’s freeform synthesizer soloing, and Krystof’s expressive guitar tones conspire to form a congealed essence. It’s a spaced-out instrumental that could be from another time, floating defiantly into the present.

Zen Diagram ends with “I Count The Steps To A New Sunrise.” The previous cut’s path takes us to a crest on a hill with a view of the damage below. The combo is locked-in, as skittering drums, cosmic synths, spacious noise guitars, and a pensive bass riff promise a way out. Dedric’s vocals are pure 2020, overcome with the zeitgeist of isolation and yearning to reach for something, anything. The diagram becomes a map, and this is how we find an escape.

Bandcamp Daily  your guide to the world of Bandcamp